It has baffled me to no end, the things I have seen and observed as an adult woman, living in the USA but born and raised in my country Cameroon. The tendency for human beings to display unwarranted rage, anger and jealousy for people who attain a certain level of success or for someone who plainly has something one wishes they had. 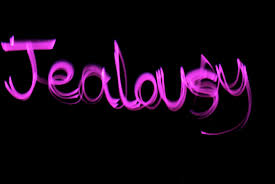 Without beating about the bush I will dig right in to yesterday’s announcement that a fellow strong black African woman from Cameroon, had been appointed by Maryland’s governor to a position of prestige: Kate Atabong, also known as Lady Kate Atabong was apparently from reports appointed as Commissioner for African Affairs for the state of Maryland, USA. Wow, as a foreigner I went, wow, what an honor. As I read the link, I was curious to see what joy this must have brought to the hearts of other proud Cameroonians, Africans. Needless to say I was flabbergasted and frankly stupefied to see the barrage of insults and vile commentaries left for her or about her.

You see, while a select few congratulated her, some people couldn’t figure out where to begin tearing her down. Some started from the beautiful hue of her skin, they blasted her for supposedly bleaching her skin (as if there are no fair-skinned people in Cameroon!). They mocked her work which helped earn her the Commissioner position, which is her Miss Africa Pageant she launched to give ladies opportunities they might otherwise not have. She was even called a pimp in not so many words. As if that was not enough, some people even made fun of the fact that in her earlier career she was a Registered Nurse, they insinuated that this appointment was a ploy to divert attention from the recent healthcare fraud involving Nurses and other healthcare workers. Really?

Lady Kate Atabong’s story is not unique, for there are several others who have suffered a similar fate. It seems people are more comfortable when you are suffering and miserable, that way they can look at you and either feel better that you are worse than them, or they can smile that they are not the only miserable ones.

Some other instance in the last couple of weeks, it was revealed that a number of healthcare professionals, including nurses were involved in healthcare fraud. Very bad indeed. Now, do you think Cameroonians stuck to the issue at hand to criticize the actions of those involved and that they were ruining the good work being done by other more honest healthcare workers? Nope. Some readers instead decided this was a good time to insult and make fun of all nurses who are out here working their behinds off to provide food for multiple families, some of whom are back home demanding money daily from the same nurses they are now laughing at! Being called a nurse was suddenly a dirty word, people’s intentions for being in the healthcare field being questioned here and there, as if it is someone’s business how you choose to earn a living honestly. I was shocked and sad that within the guise of speaking against the criminal activities of some, people now decided it was open season to finally let their judgement of others earning an honest living at a very humble job blind them. And then, we wonder why no body wants to tell us anything?

People are on facebook prowling like hungry lions, visiting other people’s pages to see whether you are finally miserable or are you still laughing. They see news of your promotions, successes, happy families and their stomachs ache with cramps of jealousy. You forget that those are just pictures and that maybe A, B and C are not as happy as it seems, but they just found a way to smile. It does not occur to you that they are having problems like you, debts like you, deaths in families like you, marital and relationship problems like you, spiritual downturns like you. The only difference is that they found a way to still live a happy life. You take one look at photos and status updates, burn with anger, and go now hating people on an assumption that they are happier than you or doing better than you. Maybe if you took the time to celebrate them, you will see that you too might learn something, be of good cheer no matter what, stop judging and hating

We see successful people advertising businesses, driving Bentleys and BMWs, doctors teaching new things they came up with or found out, people attaining double platinum levels at sales and living in mansions, innovators coming up with new tech ideas to move forward, charities calling for help and doing good. However, while some look at these and are inspired to do same, others start the criticizing machine. Instead of asking people to teach you how they got their fish, you call them names and assume they slept their way to the top if they are a woman, or they scammed their way into millions. And some did indeed scam their way, and it is catching up with them, and yet the whole time you were mad at their fortunes. Now, will you share their jail cells?

Where does this behavior start though, surely not only in the 21st century has this been going on? Why are Cameroonians notorious for destructive behavior, rather than build up, we tear down. I saw this in the play ground. The envious eyes of the primary school classmate who was angered when some people got dropped off at school while they walked from home. I remember for the most part I walked to school and back, laughing and playing with my friends, and I remember the childish commentaries laughing at those entering cars. Then when it was my turn that my school was very far from home and I had to be dropped off, I remember feeling self-conscious that I will now be the source of laughter, misplaced mockery. In secondary school people who are very intelligent either have an extreme group of people who admire them or those who laugh at them for being too smart. The backhanded compliments we pay each other, instead of a direct compliment 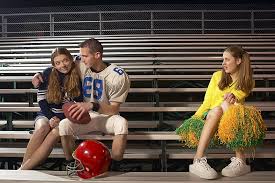 When we examine our hearts, we see that we start learning the behavior of tearing people down or not giving them due honor when we are children, we are nurtured in a society where to be kind is a hard choice, it is easier for mob action and group voices to criticize and bash. You hear that a politician has been locked up and we rejoice at their heartache, for now they have been brought to their knees. Yet, this politician never did anything to you personally, in fact, for some, he helped your family!

It is no surprise that one of the consequences of not being known as people who celebrate others is that no one wants to do business with their fellow African. If the business starts to thrive even just a little bit, the sabotage starts. If someone starts praising another, apparently it is a trigger for someone else to say “but…” But what??? Now, when people get successful or on their way to success, they start pulling away from their communities, associating with foreigners who will apparently not judge or try to bring them down. With good reason. People hide behind fake names on blogs and insult others, cowardice of the first order. How cruel. 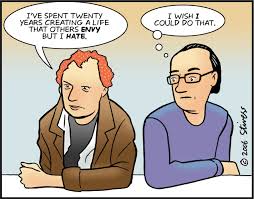 How do we move forward, surely this is not an answer one person can give, but one we need to contribute to. What are your suggestions? I say how about we start by loving and accepting ourselves and our imperfections. Maybe if we start with the reflection in the mirror we will have little time to hate our neighbor. A little dose of humility doesn’t hurt either. How about we start asking the people we admire to teach us how they got what they have rather than die of pride and instead shun and castigate them. Even in our national team, as a nation, players like Eto’o, in spite of his imperfections, deserve respect for holding our country name high while he is abroad playing, but noooooo. When we comes home, it is insults everywhere. Wow. Where do we go from here as a nation, a people, how do we start changing? 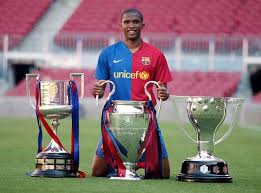 Is this an African thing, Cameroonian thing or just a human thing?