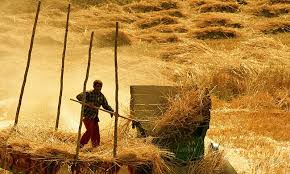 tired of being left behind as he thought.  Every harvest, John could only

fill half his barn with his crops, he only had one mule to help him on the farm

and his poor ailing wife had taken ill the last 3 years, leaving John and his son

Eli 12 years old, to fend for the family and cultivate the land.  John’s crops

however smaller in quantity than his neighbor were the talk of the village.

Everyone waited for John’s sweet yams to hit the markets.  His sweet yams

were 2nd only to his tomatoes, in fact he had won several prizes with

those round, juicy tomatoes that lasted weeks before starting to rot, unlike

those from other farms.

the normally cultivated tomatoes and sweet yams.  By the end of that harvest

season his neighbor was able to fix his roof, and broken barn doors. By the 2nd

was producing. By the 3rd year John had enough of guessing, he followed his neighbor

into town and noticed that he bought some peculiar seeds, they looked familiar

but he never got close enough to see it. By the 4th season, John had it figured out

that he too will add new products to his crops, not just his regular tomatoes and sweet

yams. This was the 5th year and John was ready.

Planting season came & John like his neighbor decided to buy those seeds.  He was

very excited for the abundant harvest he was sure to gain this year. As the new seed

began to grow, John realized he didn’t know how to tend to it.  What started as the

seed of promise turned into a slow nightmare before his eyes.  John had not

anticipated the complications and responsibilities that came with planting

this seed.  The seed grew very fast overtaking his staple crops, the tomatoes

and his prized sweet yams.  He had not prepared for the increase in weeds.

everything in its way, it was hard to separate weeds from the new nuts. That

season his prize-winning tomatoes didn’t make it to harvest, and the sweet

A severely disappointed John went and asked his neighbor what he

had done wrong, how come his crops survived but John’s didn’t.

His neighbor sat him down and asked him a few questions, & his take on

why his neighbor had failed.  You see, John had ignored the fact that

although he only cultivated 2 kinds of crops, his tomatoes and sweet

yams were the best in the village. He had just enough tools, expert

knowledge and manpower to devote all he could to produce the best.

During this time, John’s neighbor that stood out for him. So when

he found his peanut seeds, that became for him too his signature

product that brought him blessings, just like John had sweet yams

You see, when John started coveting his neighbor’s peanut seeds,

he took his eyes off his already successful tomatoes & sweet yams.

He did not realize that his neighbor had spent years researching

& studying his new seed, he even bought a tractor and more

advanced tools to care for the added weeds, he had the knowledge

to plant corn along side to support the peanuts. He had done his homework,

prepared, and when it was time, his 5 year success was no accident.

what he thought he saw without prior preparation. It was not the seed

that was wrong, it was that this simple seed was in the wrong hands.

When John realized this, he saw his error.  He did not give up, but

now knew that he had to study this new seed, gather the appropriate

tools & when he was ready, plant. In the mean time, he still had

prize-winning crops that he should never have endangered in

the pursuit of what he thought was a winner in his neighbor’s farm.

We were not meant to plant every seed, & even if we could, we

need to prepare for the harvest even before the seed hits the ground.

For every seed there is a time and season to plant, be ready for the

harvest or you risk losing even the one you already had. 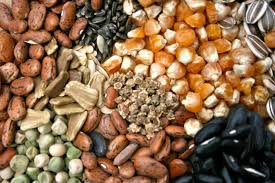 2 thoughts on “THE NEIGHBOR AND THE SEED”