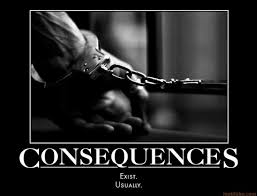 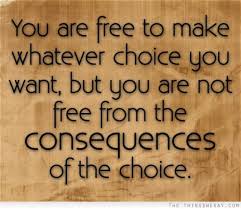 If we steal, crook and cheat on people, the consequence could be end of life, someone else treating you the same or loss of something precious. If you are honorable, live with dignity and have charity in your heart for example, the consequences are positive. There is a common saying “think before you act”. Don’t let emotions and impulsiveness lead to an action for which the consequences could be irreversible.