She wakes up a minority, among all beings even though she is the majority in the game of gender numbers. Her arms are sore from working like a mule, her legs ache from miles walked to cater to the needs of her family.  She is looked to from all directions for answers to questions that deal with catering to others, “Mamma where is the food, Mamma where are my shoes” and my favorite,  the overbearing voice of some men “WOMAN come here, service me!”… She wakes up not thinking of herself, she wakes up a servant in her bed, home, community and continent, somewhere in Africa there is a woman whose reality fits this profile, her name is Adama, Amina, Sirri, Zinzi… 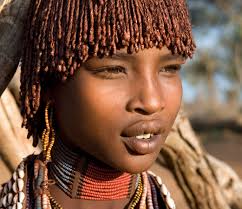 Somewhere in Africa the woman sings her sweet sorrowful song. She has been violated again in the worst possible way, there were two of them this time. It is believed that having sex with a virgin will cure HIV, so they took turns at her with no remorse, they slapped her into submission and the other one covered her mouth, blocking her nose in the process. Although she kicked with her legs, her silent protest went unheard. She felt her insides rip and the life’s blood trickled down her aching feet. They transferred what they had unto her, and took her innocence away. They left her for dead as she prayed with her last breath for an angel to ease her pain. As her tears flow down her face, her sweet song fades away, she might not make it. 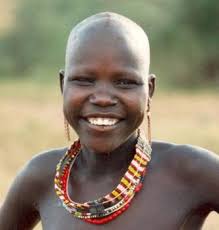 Down by the river a young girl plays with her friends, she is twelve years old, giggling in all her childish glory, hopscotch here we go, it’s time to play and laugh like a kid. But somewhere in the bushes hides the hunter, the pervert, the macho majority as he lusts for her young skin. He smiles for he knows, it is his legal right to claim her for a wife. The laws are in his favor, he watched her from the time she was born, he was already fifty years old! From fatherly pats on the head to lustful grin in his eyes, he will arrange the marriage and violate this young soul. Oh I weep for her, I cannot save her, I run and run but like in a dream the road disappears. She will be married by dawn, another African woman violated and the law said nothing!

Oh she cries and cries, and can cry no more. Her husband slapped and hit and boxed her like gym equipment. She had served his food at the wrong temperature again! She forgot his favorite calabash, the one he washes his hands in before he eats the food she toiled all morning to cook. That mishap, now her face displaced, dislocated jaw bone but not the only bone displaced. The neighbors hear her screams but they move on, her fellow woman just got her own beating a few hours earlier, she can’t help, the other one knows it’s just a matter of time. The law courts say the man can do whatever he wants with his property, she is his property. African woman valued less than a child, even livestock is catered for better than her.

Abroad there’s an African woman, whose soul is dead but her body still functions. She wears clean clothes, has a great job, her make-up is fabulous. She brings home the bacon, makes the bacon and feeds her family. She rises before dawn, cleans like a maniac, shows up to work where she is manager, but back home he is a savage. Friday pay-day she collects her check, straight into his account it goes. She asks for pocket-money in her meek voice, as she calls him Baba, my Husband. He hands her breadcrumbs as he wakes up from his lazy slumber on his way to see his mistress. If she is lucky he will return home to watch the kids while she goes off to work again. One day she got tired, she told her colleague her pain, her colleague fellow African woman, surely she will understand? No. Her friend told her African husband, who told his friend and when she came back home that night, she was dead meat. I read in the paper a woman had been found burnt in Texas, husband on the run. In related news, another story of a woman from West Africa chopped up by her husband for disobedience!

Oh African woman, gender majority, social minority. It doesn’t matter what social strata you belong, you have to fight for your rights as an equal human being, born of the same womb, same labor pains your mother endured. Your shoulders are broad, the burdens you carry. You have to be emotionally strong like Goliath, lower pay at work, fight stereotypes, fight for your voice, and still be a sister, mother, wife, daughter, and lover. Somehow you are expected to be the servant and yet act like you are grateful for the role. When does the fight end, where do we start, or how do we finish. They poke your privacy in public searching for your virginity, and when they find it they crush it. How about some respect for starters? Love her like you love yourself, fight for her like you would for yourself! African brother, time to rise up for your sister, your wife, your woman, your mother, your child!

7 thoughts on “THE RAPE, TORMENT AND SAVAGERY AGAINST THE AFRICAN WOMAN”